I don’t know when or why or how I began listening to St. Vincent, but a blessed moment it was. Annie Clark is St. Vincent, and if you haven’t met her quite yet, she is a fabulous and very talented woman.

I started with her second disc, Actor, which is phenomenal. “The Neighbors” and “The Strangers” are my all time favorite St. Vincent songs, and they come off this album. It’s worth a Pandora or Grooveshark stream, and definitely worth a purchase.

Her first album is titled Marry Me, which was reported as being named after the Arrested Development story arc when Maeby becomes a movie producer, and uses the catch phrase ‘marry me’ with all the Hollywood execs. If that doesn’t win you over, then you sir are a mouthful.

Her latest album, Strange Mercy is an amazing, creative collection of songs ripe with guitar shreds and sweet tunes. My favorite songs on this album are “Northern Lights” and “Cruel”.

St. V, to my utmost jubilation, is going on tour!!! 2012 is shaping up to be tremendous already. I hope she’s coming to your city. 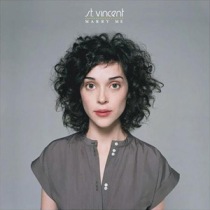 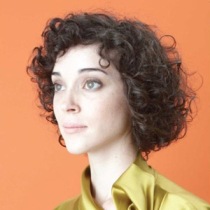 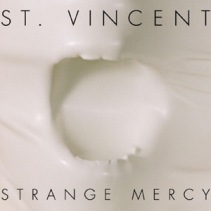