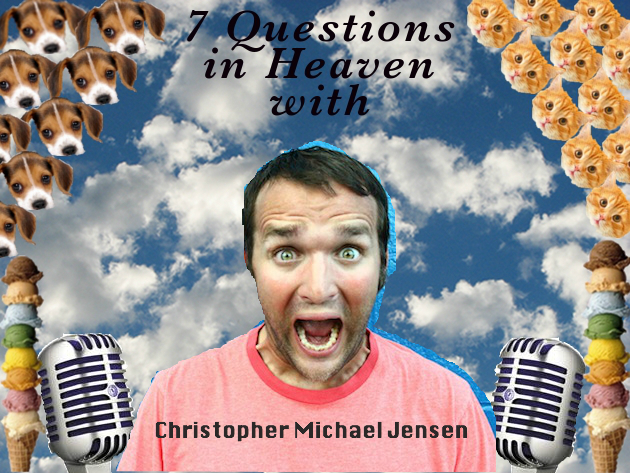 Meet Christopher Michael Jensen, a Twin Cities rapper here to tell you about his favorite three male-named actor, his musical evolution and the grossest thing that’s ever happened to him on a stage.

1. Why did you start making music?

I started really getting into hip hop when I was 13 back in 2000 around the time Napster first came out and my 17-year-old brother was playing a lot of hip hop around me. He was kind of doing some silly rap stuff with his friends, and then I just kind of started writing silly rap stuff, too, just for fun, I guess. Then my brother installed this music program on our family’s computer called ACID that his friend had where you could make beats with pre-existing loop packages. Once I started messing around with that, I started recording songs with our home computer mic. I rapped in front of people for the first time live when I was in 8th grade at my brother’s SnoDaze high school talent show with him and his friends. I just sort of stuck with it, and after a couple years started taking it more seriously. I made a handful of homemade albums. This whole time, too, I just kept digging more and more into hip hop with my brother, buying and downloading all of the classic albums, exploring the underground, going to shows, and learning about the history of the culture. I just became obsessed with it more and more as time went on, so it only made sense that that would become my main thing. It allowed me to express anything I wanted to, so that was really big for me. It seemed like you could do anything with the sound of the music and beats, too, which felt really freeing and exciting to me. The possibilities with hip hop I thought were limitless.

2. If you could be any other three male named celebrity (Johnathan Taylor Thomas, Neil Patrick Harris, etc.), who would it be and why?

Hmmm. I actually Googled three-named male celebrities because I couldn’t think of a lot off the top of my head. Then I came across James Earl Jones and Billy Dee Williams. Star Wars is probably my favorite movie series of all time, so it seems only fitting that I should probably be one of them. Lando Calrissian’s cool, but Darth Vader is sort of the most epic villain of all time, so maybe James Earl Jones. On the other hand, Lando ended up being the one responsible for destroying the second Death Star, which in turn saved most of the main iconic characters from getting blown up on Endor’s second moon, so I would be a pretty big hero in the mythology of Star Wars if I was Billy Dee Williams. Then again, Vader killed Emperor Palpatine, which ended the Galactic Empire, so maybe that was a bigger deal. Alright, James Earl Jones. Yeah, let’s go with him. 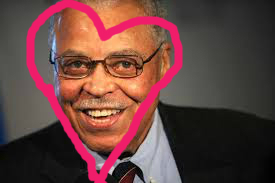 3. Describe the music scene where you live.

There’s constantly something going on in the music scene in the Twin Cities. If you want to, you can almost always go to a show somewhere every night of the week. The amount of rappers and artists here is ridiculous, too. It’s crazy, because I just happened to be from the same city that has such a rich hip hop history and is really, really renowned all over the country, and even the world, for it’s great hip hop. Atmosphere, Brother Ali, Eyedea, Doomtree, and others really blazed a trail for independent hip hop, and so now this town is sort of a mecca for it. What’s interesting is I think a lot of people who do rap in the scene kind of got into hip hop because of discovering sort of this “alternative” hip hop that Minneapolis is so known for kind of putting on the map, but I was already rapping before I even knew who Atmosphere and Rhymesayers were, so I already had it in my mind that I wanted to be a rapper. Where I was geographically was just lucky. I worked on music and performed at like talent shows and school events throughout high school, but it wasn’t until I graduated from the University of Minnesota in 2009 that I was really like “okay, now I can focus all of my attention on really getting out there in the actual scene and doing music full time.” By that point, I was 22 so I knew I had to start busting my ass to make as many connections as possible and really figure out what networking and doing shows in the scene was all about. The first few people I met in the local scene I learned a lot from in terms of kind of how a show is put together, how promotion works, etc. I used to go to a lot of open mics, too. Once I sort of got plugged in a little bit, I spent as much time trying to put all the pieces together. At the end of the summer of 2011 is when I really fell in with a group of people that were extremely passionate about just living hip hop 24/7, hanging out and freestyling, partying with other artists, going to shows together, and it was that family dynamic I found in the music scene that literally changed my whole life. The community in this scene, or at least pockets of it, are really like a family. I’ve seen some ugliness in the scene, too, but any negative experiences I have come across are far outweighed by the tremendous energy that exists in the Twin Cities hip hop scene to just have fun, connect, and make amazing things happen – there’s truly nothing like it. Virtually all of my friends these days are in this community and that has made a tremendous difference in my day to day life. Not to sound pretentious, but I actually have a hard time explaining it to people who are on the outside and don’t live in this world. It’s very, very unique. Hip hop and just music and art in general are like the core of what bind us all together, so we all share that common factor. It’s beautiful.

4. Who is the one artist dead or alive you would want to feature on a track? 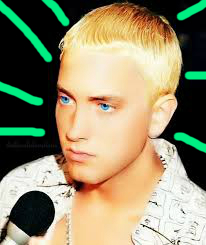 There’s a lot of people I love and admire in not just hip hop, but all genres of music. But if I had to pick just one, it would probably be Eminem because he’s my favorite emcee of all time, starting way back from when I first started rapping. I spent years scouring the Internet to literally get MP3’s of every song he ever made or did a guest appearance on, and there’s a LOT of those. I dissected his lyricism and rhymes more than any other rapper growing up, and that’s saying something since I pride myself on the expansiveness of my music library. He is a master rap technician with just an unbelievable ability with words, rhyme patterns, and flows. Plus there’s just so many angles of him as an artist that I love: the darkness, the sense of humor, the ability to make songs with so many different kinds of emotions, the anger, the weirdness…I just adore Eminem. For him to leave the kind of mark he has on hip hop and culture in general is something that I really aspire to do myself in my own way.

5. I know as an artist your favorite song probably changes a lot. But if you had to pick, which of your songs is your favorite right in this moment and why?

We’re talking about my own songs, right? Probably “Tie-Dye Sky.” That’s the one that’s gotten the most attention from people it seems like, and the one that’s been the most visible. That track has a really interesting beat produced by Megan Hamilton that speeds up as it progresses, and then sort of slows down again later, and that’s actually pretty uncommon for a rap song to change tempo like that, so it’s unique in that way. Lyrically, I was able to do a lot of cool things with it in terms of flows and rhyming, and it covers a lot of different feelings and emotions, so it sort of encapsulates a bunch of things about me and my life. It also has a chorus I really like where I get to sing, which is something I like to do a lot in my music in addition to just rapping all the time. I know a lot of people who have been really moved and inspired by that track and its message, too, so that’s really touching to me. I couldn’t be prouder of that whole song honestly, and the video I made for it with Elliot Malcolm blew me away when I first saw the final cut of it. Very dear to me, indeed.

6. What is one common theme throughout your lyrical content?

Trying to find happiness in life when faced with so much depression and feelings of loneliness. Being your own person and really trying to follow your dreams and making them a reality despite the odds and not settling for less than that. That’s something that’s been in my raps pretty much since the beginning, mainly because I try to infuse my own feelings and life experiences into my music a lot of the time, and that’s something I’ve had to wrestle with internally for years and years.

7. What’s the grossest thing that’s ever happened during a live show?

I can’t think of anything TOO gross, but you know what’s just gross in general? Tonsil rocks. You know, those white particles that form in the back of your throat that sometimes you cough up? If you smear them they have like THE most putrid smell, too. There’s been a few times where I’ve been rapping during shows and I get kind of dehydrated and those things get spit up in my mouth and it’s nasty. So there you go. 🙂